Low Earth Orbit Satellites: Satellites that orbit closer to the earth at an altitude range of 500 – 2000 Km. Owing to the low altitude, the energy requirement and communication delay are minimal. It can offer high bandwidths. 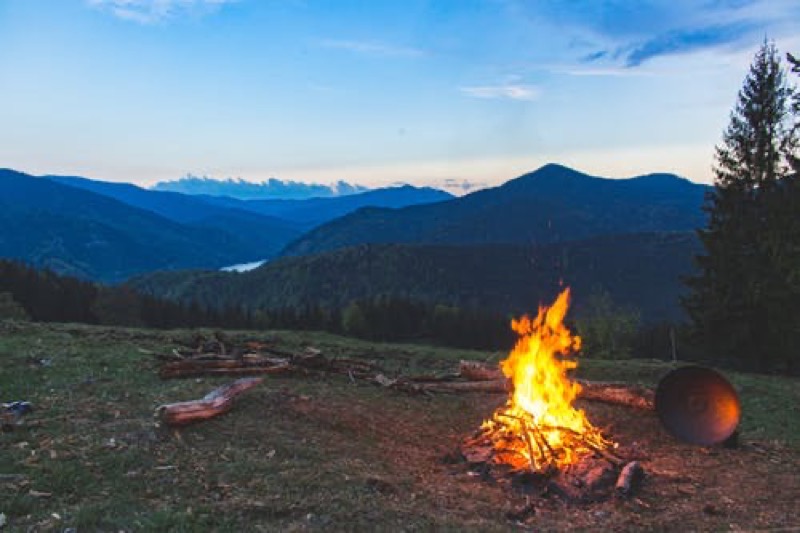 Satellite Phones – Are they different?

Connectivity: Relying on satellites for communication, they avoid the installations of infrastructure required in the area of coverage. It makes satellite phones reliable in remote locations and isolated areas, which are unlikely to have a cell phone tower. The phones require a line of sight to communicate with the satellites, and it is unlikely to have quality communication inside enclosed structures. But they offer connectivity despite the absence of infrastructure, the main purpose of its design.

Reliability: Since the satellite phones communicate with satellites above the earth, it doesn’t rely on terrestrial connections to communicate. It makes them reliable during times of emergency if the infrastructure supporting the communication has failed. 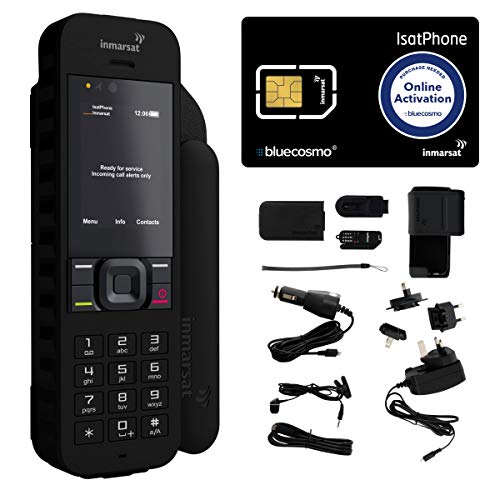 Substantial network coverage and better battery backup is a part of the requirement, Inmarsat ISatphone 2 is the right equipment. Isatphone 2 comes with a quick registration time of 45 seconds to activate the services.

The phone is robust and rugged with an IP65 rating for water and dust resistance. The outstanding featuring of Inmarsat IsatPhone 2 is its battery capacity. It offers eight hours of talk time and 160 hours of standby time outsmarting the competition by miles.

The phone comes with a colour LCD screen that offers visibility under every ambient light condition. The High-visibility, scratch-resistant transflective display offers readability in bright sunlight. The Inmarsat IsatPhone 2 can receive incoming calls at a holstered position. It can ring with its antenna in a stowed position.

The Inmarsat has 3 satellites in a Geostationary orbit at their disposal to offer global network coverage. There is no coverage at poles as the Geostationary satellites orbit the equator. The further, one moves from the equator, it becomes difficult to establish a line of sight with the satellites.

The phone comes with GPS and a configurable SOS distress call button activated by a single touch. Compared to the competing service providers, Inmarsat offers the optimal balance of features and cost. Inmarsat comes with flexible airtime plans featuring monthly and yearly prepaid and postpaid plans. 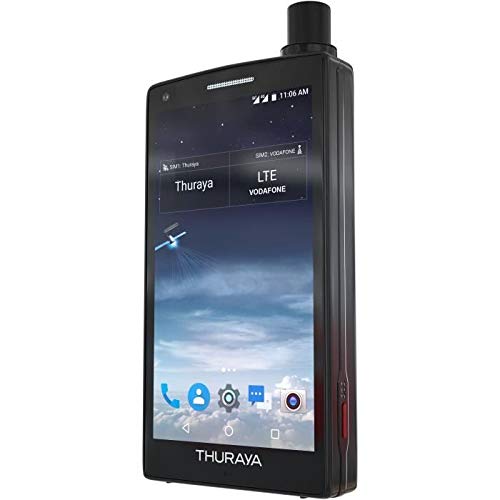 Thuraya X5-Touch is a first in the category of smart satellite phones. It brings the reliability of satellite phones and the versatility of smartphones in a single device. It is tailor-made for users moving in and out of terrestrial network coverage. The phone offers reliable connectivity at remote locations that lack terrestrial infrastructure.

It runs on an Android Operating System powered by a Snapdragon 625 octa-core processor, with a 5.2-inch glare-resistant HD touchscreen. Supported by a 2GB RAM, it comes with a 16GB eMMC memory, an 8 Mega Pixel rear camera and 2 Mega Pixel front camera. The powerful 3,800mAh battery offers 11 hours of talk time and 100 hours of standby time.

The X5-Touch has dual-mode and dual-SIM capacity. With active dual-mode, it comes with the ability to connect to both satellite and GSM (2G, 3G, 4G) networks. The X5-Touch comes with a robust Gorilla glass display. It comes with an IP67 rating offering dust and water resistance compliant to military standards.  The omnidirectional antenna on the Thuraya X5-Touch offers seamless connectivity. The phone assures safety with advanced navigation and tracking capabilities and a built-in SOS button. It offers multiple connectivities with Wi-Fi, Bluetooth, and NFC.

Thuraya has a comprehensive satellite network coverage in over 160 countries across Europe, Africa, Asia and Australia. The phone works with any combination of Thuraya SIM cards or GSM SIM cards. Thuraya X5-Touch comes with a multitude of Applications supported by the Android platform. It offers industry-specific platforms for development and customisation of applications. 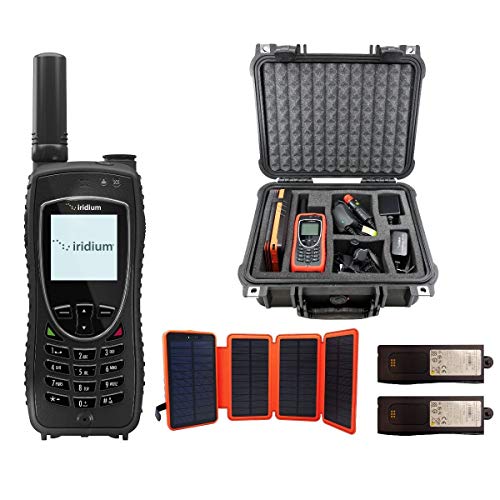 Replicating or may exceed the ruggedness of old Nokia phones, the 9575 comes with military-grade durability. It is dustproof, shockproof and jet water resistant with an IP 65 rating.

Weighing 247 grams, it comes with four hours of talk time and 30 hours of standby time. The monochrome screen display can handle up to 200 characters. The phone can send and receive SMS/Emails. Iridium Extreme satellite phone offers customization GPS, Online Tracking and it comes with an integrated SOS button attached to Global emergency response service.

The red SOS button is on the top right-hand corner of the phone. The phone is a certified Satellite Emergency Notification Device (SEND), which means you can input an SOS contact and a message. During an emergency, the red button transmits a distress message to a predetermined contact.As long as the phone has charge, the enlisted emergency contact gets notified of the GPS location every five minutes.

The phone has a USB port to offer connectivity to a laptop. The phone can reach data speeds up to 2.4 KBPS, which suffices for accessing emails. The Extreme 9575 has the support of extensive coverage of 81 satellite constellation of Iridium. It can offer network coverage at poles and mountainous terrain.

The Airtime of Iridium comes at a price, weighing in the extensive network coverage.  The airtime packages are available at fixed monthly rates of $5/minute to varied prepaid plans of six months to two years.  The charges per minute reduce as the duration increases. 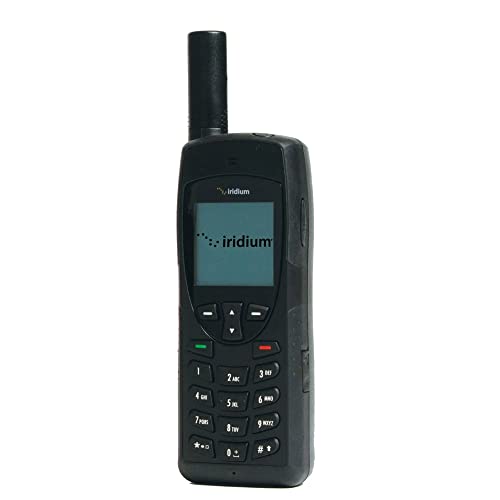 While the illuminated display lets you use the phone during day and night, the illuminated keypad makes things easier during the dark. The phone can store up to 100 entries in the phone book. It comes with sufficient storage to check and review your call history. The mailbox can store both voice and text messages.

The Iridium 9555 doesn’t have GPS or emergency SOS facilities, it caters to the less-adventurous travellers, requiring reliable connectivity. With three hours of talk time and thirty hours of standby time, the iridium comes with global coverage. Iridium at the helm of 81 low earth orbit satellites, is second to none in terms of coverage at remote corners of the earth. 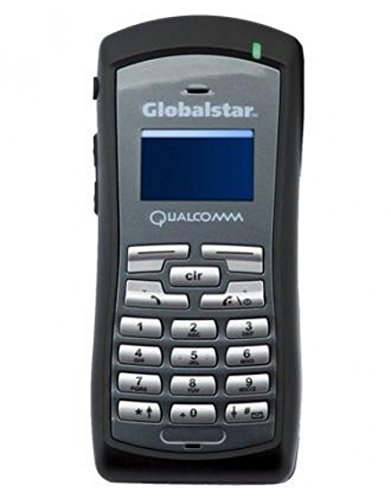 The Globalstar GSP-1700 is an affordable satellite phone which has network coverage limited to the US and Australia. It has partial coverage over Canada, South America, Europe, and Asia.

The phone is lightweight at 200 gms with a small body and fold-out antenna. It supports voice mails, calls and SMS. Internet access is available at speeds up to 9.6 Kbps. The battery can handle four hours of Talktime and 36 hours of standby time. It comes with a lighted keypad and a back-lit colour display offering ambient light visibility.

The Globalstar uses a 48 LEO satellite constellation to offer network coverage. The coverage is limited compared to coverage of Iridium and Inmarsat. If your requirement doesn’t veer further from the Americas, Globalstar can be the right device for you to stay connected. The GSP-1700 comes with a Position Location Service that collects the latitude and longitudinal position from your phone. The Global star comes with cheaper air times with subscription and prepaid packages.

Ease of use: The satellite phones don’t look like the typical smart cellphones. While there are satellite phones which work without extending the antennas, the majority require extended antennas. Clearer the line of sight to the satellite, better the quality of the call. The communicating device of service providers using geostationary satellites is similar in the size of a notebook. The size shouldn’t become a hindrance. The differences in terms of display, buttons and user interface will vary w.r.t cost of phones and service provider.

Email/Text: Most of the satellite phones can send and receive text messages, but they come with size limitations. While the phones can handle low data requirement of emails, extensive internet access depends on the service provider and compatibility of the handset.

SOS: Safety is paramount for people working in remote locations. The satellite phone carries an SOS function that tracks your location using GPS.

Weather Resistance: Encountering harsh climatic conditions is prevalent while traversing multiple terrains. While the satellite phones come with a basic level of water-resistance, the degrees may vary. Ensuring it first-hand will reduce the hassles one may encounter in the future.

Service plan: The satellite phones, unlike the smartphones, are costly to possess and costlier to use. The cost of intra-network calls and inter-network calls vary to a great extent. Incoming calls from the cellphones and landlines can cause a dent in your wallet. Understanding the requirement and choosing the service plan can reduce the cost of airtime. Renting satellite phones, in case of a sporadic user, can reduce your cost to significant levels.

Dual-mode satellite phones: The dual-mode satellite phones are devices capable of using the cell phone network and satellites for communication. The phones will route your communication through cellphone towers by default. In case of absence of cellphone network coverage, the phone will switch to the satellite mode. While they may come at a premium price, it is a feasible solution for personnel with extensive travel requirements.

Choosing your Best Satellite Phone in 2022

Depending on your geographical requirements, the choice of satellite phone can vary. Unless you aren’t venturing close to the North or South pole, Inmarsat ISatphone 2 is the best satellite phone. It comes with the optimal balance of features, cost of the handheld device and an array of prepaid/postpaid options. If curiosity takes you to the arctic or the Antarctic pole, Iridium Extreme 9575 is indisputably the best option. The network coverage of Iridium is second to none. If you require the features of both satellite and smartphones Thuraya X5 touch offers both at a premium with limited coverage. If you are looking for a satellite phone with basic functionality, Iridium 9555 is the right fit. The Global star, with its limited coverage and affordable price tag, works inside America but has a patchy network coverage otherwise.