If you’re reading this article you’re probably thinking about buying the Apple Watch or simply upgrading to the latest Apple Watch Series 5 in 2021 or maybe you’re just curious.

My goal of this article is not to sell you something but to tell you exactly how the apple watch series 5 can help you in your daily life and bottom line, what value it can provide to you?

Bonus: Keep reading till the end for super cool alternatives to the Apple Watch Series 5.

Should You Get The Apple Watch

If you’re thinking “should I get an apple watch” Here’re the reason why the Apple Watch especially the Series 5 is worth investing in. 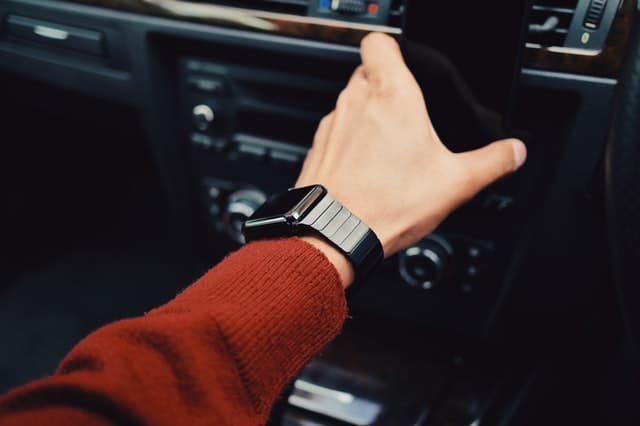 The Apple Watch is not just some watch it is recognized as a fashion Icon winning awards like 2015 iF Design Gold Award (design Oscar) and 2017 Apple Design Award.

However, Fashion is relative different people have different tastes and Apple has perfected accounted for this by creating a watch with bands that can be changed to completely change the look!

So if you’re looking for a watch to wear on any occasion this is it! Also if you already have an Apple watch you can use the old band with the new one.

The customization options let you try out every possible combination of a model with the bands and even the digital face. Apple’s definitely made sure there’s a watch for everyone! 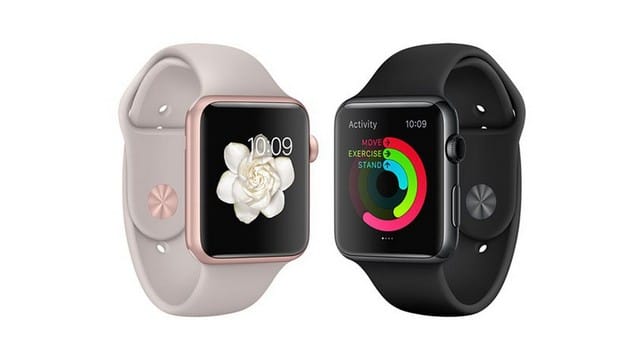 Apple’s Explorer face is fully customizable that lets you see the changes on your watch whilst you customize it on you iPhone. 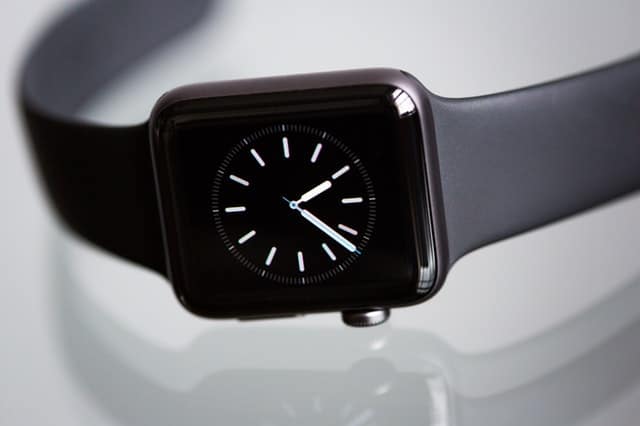 You can easily customize the color, dial and layout to your desire.

The Apple Watch has disrupted the way we look at watches today it sure is a fine blend of beautiful design and wearable tech which instantly identifies as a strong fashion statement but that’s not it. Apple has continued to disrupt this technology by making now creating a smart-watch that functions without an iPhone using an LTE network.

Simply connect your iPhone and Apple Watch Series 5 to a cellular network to use your watch without your iPhone.

Out of range? Connect to any Wi-Fi network you’ve previously connected to and you can now use all the features on your Apple Watch. 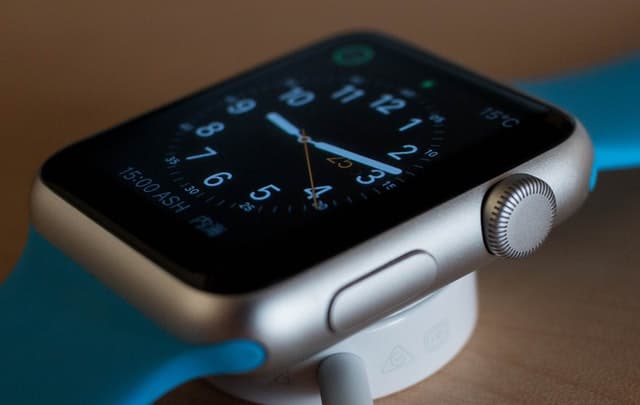 Apple first introduced smartwatches back in 2015. Smart-watches are not a new technology anymore it is simply not enough to answer calls or track your heartbeat using a watch it’s LTE connectivity has removed the dependency on smart-phones.

The Apple Watch Series 5 comes with cellular LTE connectivity which basically means can use your Apple Watch without your iPhone nearby. So your watch can do almost everything your iPhone does by simply connecting to a cellular network and Wi-Fi!

Other notable additions are

A huge update in the Apple watch series 5 has been the infamous Apple Music. That’s right you can now stream 40 million songs right from the wrist! 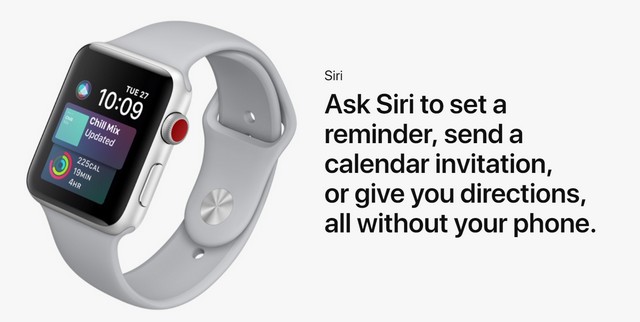 In the previous apple devices we saw a bad experience with Siri not being able to work as well especially not being able to talk which was terrible as Siri is pretty much a signature of Apple. But in the Apple Watch Series 5 Siri is fully optimized and more importantly it can talk back! It’s almost as good as the iPhone being much more responsive than the previous apple watch series.

3. An App for almost ANY thing! 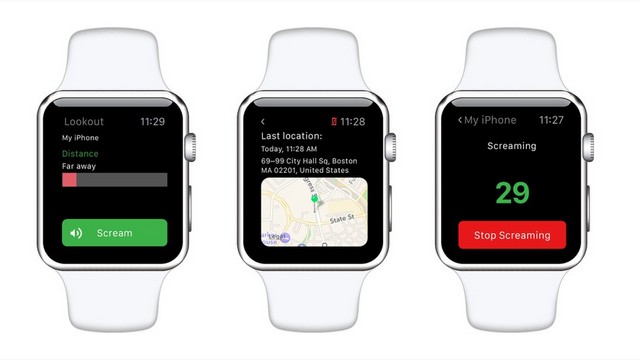 The Apple Watch 5 is a 5th generation Apple smart-watch running on watch OS 5 implying at a whole multitude of apps to choose from. There are apps for Weather, working out, productivity, sports, notes and even one to unlock your car. There’s an app for almost anything! So if you’re planning on using your smart-watch a bit you might want to go for the Apple Watch 5

The Apple Watch Series 5 is the most responsive smart-watch by Apple. It’s up to 2x faster and has made navigation super responsive whether it’s using graphics-intensive apps like maps, jumping between apps it simply flies through. It simply doesn’t look good it performs and it performs well like an iPhone.

Some of the key additions to the Apple Watch series 5 are:

So you’re not simply getting a smart-watch you’re essentially getting something that’s almost like an iPhone.

4. A tech timepiece that’s made to last long

Although the smart-watch has futuristic tech capabilities it will seldom spoil as the Apple Watch Series 5 Cellular is built with scratch-less stainless steel making it super durable and long-lasting. So if you want something that’ll last to show to your grandkids this is probably it.

Also for those high-end users, Apple has a really cool looking ceramic model that comes in two colors grey and white.

Apple continues to disrupt the Apple watch series 5 towards fitness with enhancements in its tracking technologies and overall a more fitness-friendly watch. 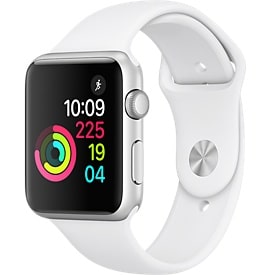 As per apple and tests were done by users the Apple Watch Series 5 can be used for shallow water activities like swimming in a pool or ocean. However, it shouldn’t be used for scuba diving, water skiing or other high-velocity water activities. Also, it’s Altimeter lets you track and measure your laps and distance whilst swimming so bring this baby to the pool,

The altimeter on the Apple Watch Series 5 uses the GPS technology to track your altitude which is immensely useful if you like going out on a hike. This watch will literally make you climb mountains.

When days get busy you may not be able to hit the gym but instead of getting disappointed the Apple watch series 5’s tracking technology can log your steps and calculate calories burned. This way you at least know much calories you’ve burned and maybe even more than you expected if you’ve had a long day doing a whole multitude of tasks.

4. Motivational messages to keep you motivated throughout the day

The watch literally sends you encouraging messages throughout the day like a coach you’re friends with that too on your wrist. It reminds you to do tasks and get your shit done whilst working out. A little cheesy but it’s like a friend.

The fitness app on the Apple watch series 5 can be customized to the to be kept simple to suit your sport level.

So basically if you’re looking for a smart-watch that works for more than one sport and one that works well to suit your specific needs, the Apple series 5 watch is for you.

I know I talked a bit about this before but it’s worth mentioning as a whole new reason to get the Apple watch series 5. Maybe I’m jumping at straws here but the Apple watch was introduced after Steve jobs by Tim Cook. In my opinion, it is the most open-ended product Apple has made to date with the customizable straps and more importantly easy third-party integration.

This open-ended nature has encouraged developers to code Apple watch apps for just about anything and we definitely have more to come in the future. The Apple watch hands down beats any competitor on this alone.

So if you are looking for a smart-watch that will have loads of support not just from Apple but from a third-party developer that this is definitely for you.

7. Get it if you’re an Early Adopter

Smart-watch wearable technology is still very new although the Apple watch series 5 is probably the best in the market to do what it sets out to do it is still in the developmental stage. There will be expected glitches and problems with the technology as it is not perfect.

However, if you are interested in cutting-edge technology you will not be disappointed. Moreover, you will be part of the process of building and improvising on the technology for tomorrow which is huge.

So Are You Getting The An Apple Watch?

The Apple Watch Series 5 has some noteworthy features but is still pricey for a smart-watch however it is probably the best in the market as a functional wristwatch which justifies the price.

It is well-designed, durable and easily customizable to one’s preference. It is definitely the first smart-watch to come up with a few features and it will only get better from here.

Now although this article is catered towards giving you reasons why you should buy the Apple watch series 5 I’ll also share in my opinion the closest rival to this watch, the Samsung Galaxy Smartwatch which is the Best Apple Watch Alternative in 2021. It is cheaper and can do almost everything the Apple Watch can do.

Wireless Charging support: Samsung is ahead of Apple when it comes to charging their smart-watches wirelessly. If you’re looking for a smart-watch that can charge using a wireless dock then frontier does it.

Classy looking build: If you’re looking for something that’s simply a classy stylish watch the frontier looks pretty damn good especially with that rotating and very user-friendly rotating bezel with a nice navigation.

Cheaper Stainless steel base model: If the price is a constraint for you, then you might want to consider the frontier as you’ll get a stainless steel durable model for only $399 that would otherwise cost you over $499 for the Apple Watch Series 5.

Easy functionality: That rotating bezel on the gear sport is easier for navigation around the OS it gives out this subtle tactile feedback upon scrolling the bezel which feels very nice. It also adds protection to the screen which is otherwise completely exposed in the Apple watch making it vulnerable.